The Grove is a 110-acre, 239 lot residential subdivision in the northwestern Ankeny, Iowa. The property features a variety of lot sizes and types, large ponds, and an elementary school. This area is quickly becoming one of the premiere neighborhoods in northwest Ankeny.

The property was master planned in 2011 and the first phase of development occurred in 2012 with the first 29 lots brought online. In 2015, the remaining 90-acres was reimagined after successfully coordinating a land transfer with a neighboring developer and the location of a 15-acre elementary school site on the property. The revisioning 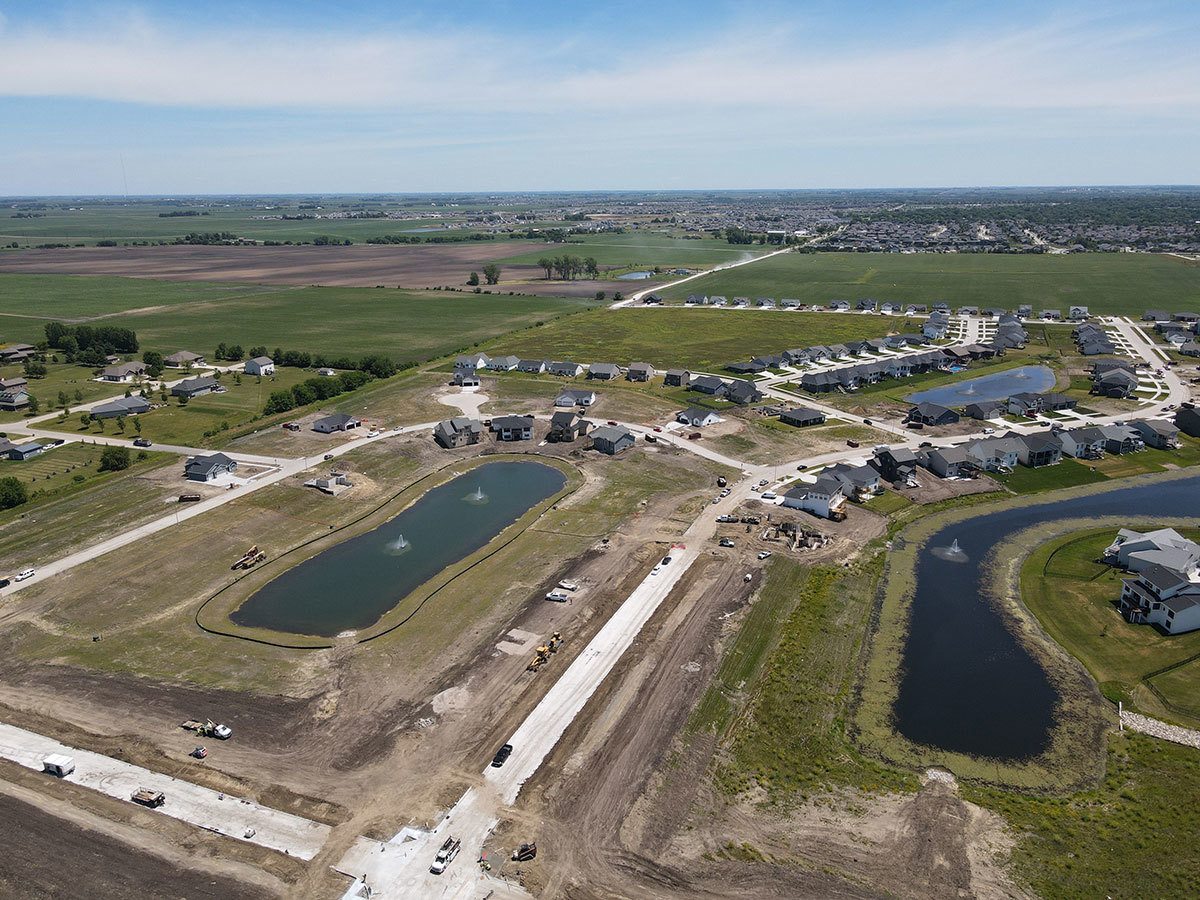 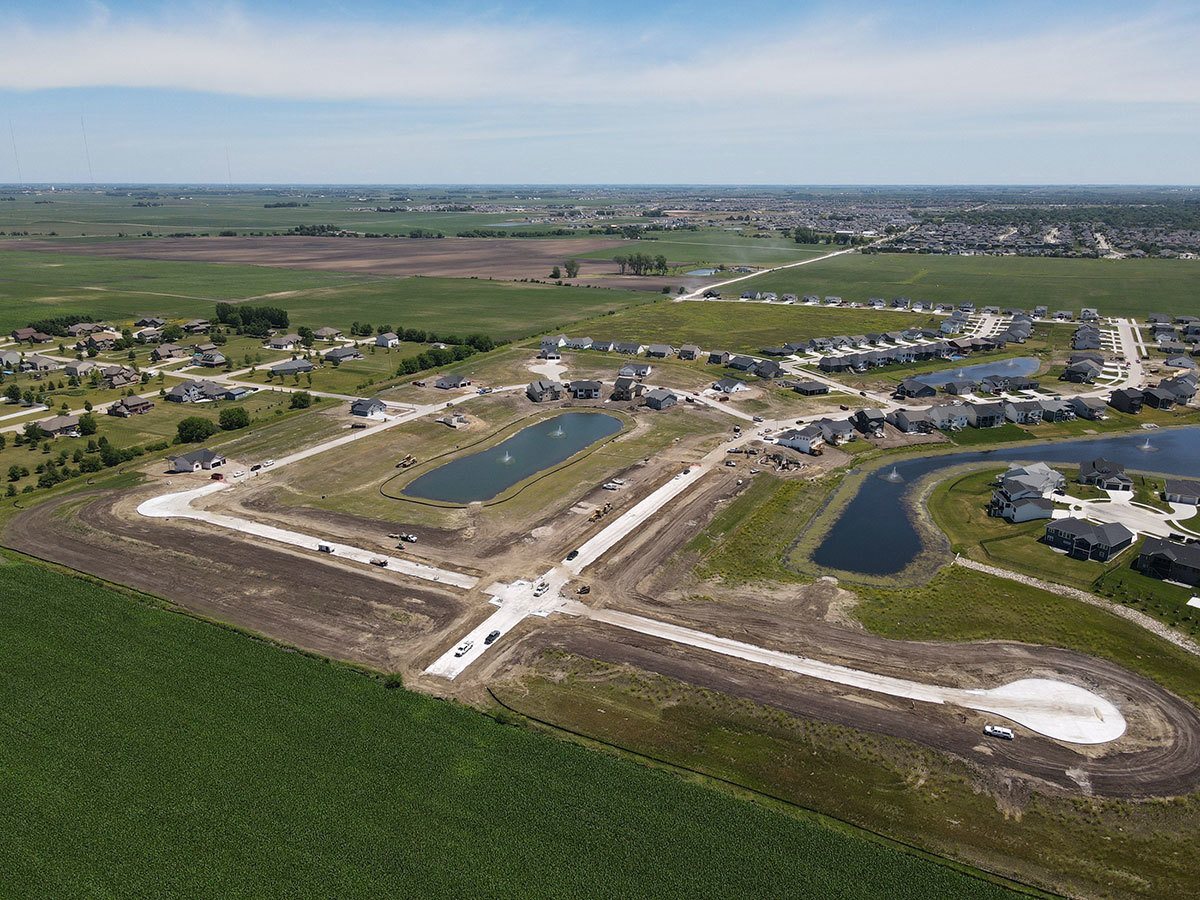 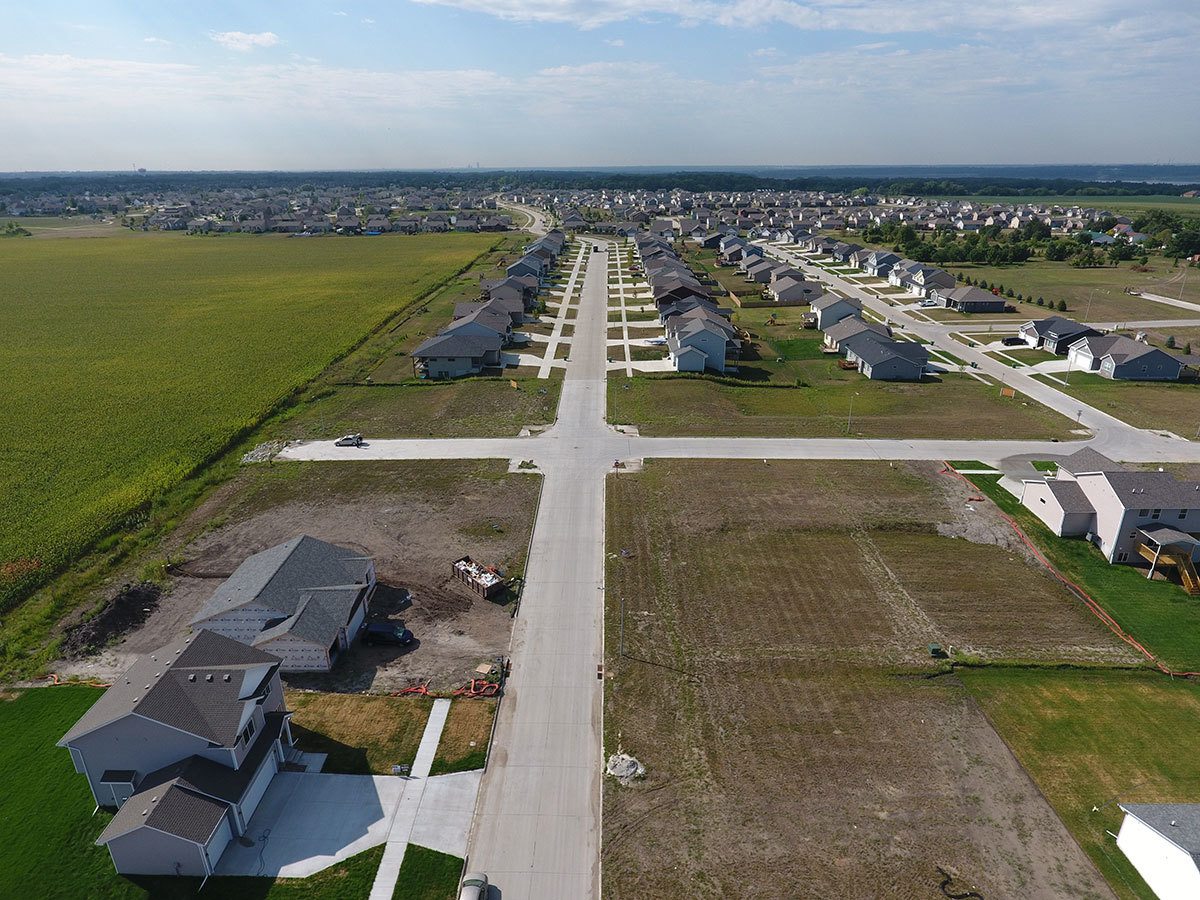 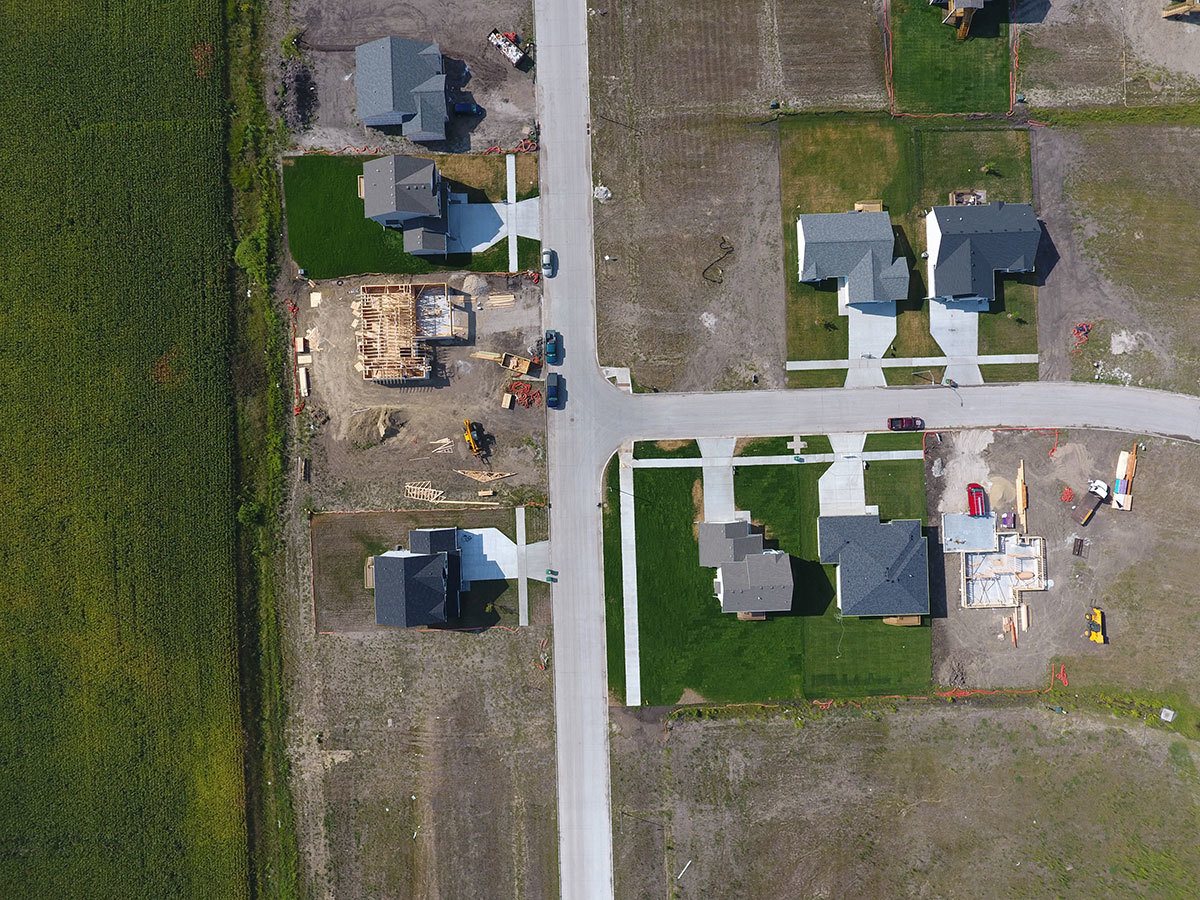 also created an opportunity to adjust to the changing development landscape by creating lots that were specifically sought by homebuilders in the area. Three large ponds were designed that, while technical stormwater facilities, created amenities for a large portion of the lots being proposed. The combination of pond lots, affordability, and a nearby school resulted in the last phase being built out several years sooner than expected.

Through careful planning, coordinating with homebuilders, and thoughtful design, the project has thrived and has become one of the hallmark projects of this developer.

The subdivision had fallen back into the ownership of First Bank after a loan default. The bank had hoped to sell the ground to another developer, but could not find a buyer who would pay the price the bank needed to sell the property.

The bank was unwilling to sell the property as farm ground as other banks had done believing the property was worth more than farm prices. The bank was feeling the impact of holding this property as Other Real Estate Owned (OREO) and were struggling to find a desired solution

McClure proposed a plan that would partner the bank with a development group as a team that would develop the property. This team worked through the banking regulations and structured a deal that allowed the bank to put the land into the development at an agreed upon price. As lots sold, the bank also got a portion of the profits from each lot sale proportionate to their equity in the phase.

Through this plan that McClure helped develop, the bank is receiving payment for more than their original asking price, reducing the asset that is on their OREO and first in line for several construction loans associated with this project.